To be silent is to be complicit

🏆 Congratulations to Maryam and Najia Khan! 👏👏👏

For their team entry on improving Postmates' recent order experience, they won $100 for their charity, Islamic Relief USA, and a video call with Contest Creator, Adam Ruf.

Maryam and Najia did an excellent job of communicating why they chose Postmates and focused on improving the recent order experience. They also showed us how to leverage Notion to organize an efficient case study.

For his solo entry on improving the Lieferando food delivery app, he won $100 for his charity, Doctors Without Borders, and a video call with UX Design Contest Creator, Adam Ruf.

Nik went deep into a broad range of issues and used multiple types of UsabilityHub tests to evaluate ideas for improving the Lieferando app experience.

I hope you're healthy and doing well. For those who've lost loved ones or jobs, I'm so sorry. 😔

Since the start of shelter-in-place orders, food delivery has become a necessity for millions.

With an explosion of demand, the design of apps including Instacart, DoorDash, Uber Eats, and others have been tested and pushed to new extremes.

In this contest we ask, "How might we improve food ordering and delivery through app design changes?" 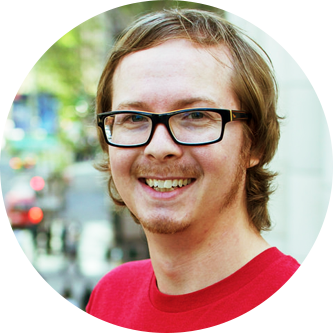 How to Enter
Save time with Tools & Resources

Watch UXDC creator, Adam Ruf, as he works on this entry each week. Recorded live Thursdays at 6pm Pacific Time on YouTube.

If you have a suggestion on how to improve future UX Design Contests, please share your feedback.

The Contest begins on April 27, 2020 at 6:00 AM Pacific and ends on May 17, 2020 at 11:59 PM Pacific (the "Contest Period"). Entries that are submitted before or after the Contest Period will be disqualified. Submissions will be accepted for the duration of the Contest.

The Contest must be entered by submitting an entry using the online form provided at https://uxdesigncontest.com/contests/ux-design-contest-13.html. The entry must fulfill all Contest requirements, as specified, to be eligible to win any prizes. Entries that are incomplete or do not adhere to the rules or specifications may be disqualified at the sole discretion of Sponsor.